Trending
Search
HomeWe Tested
By Fit for Life on 30 April, 2014 We Tested

During those 16 weeks, I also decided to add L-Tyrosine to the stack. I will present how an EC stack works and detail the cycle I followed during these 16 weeks. 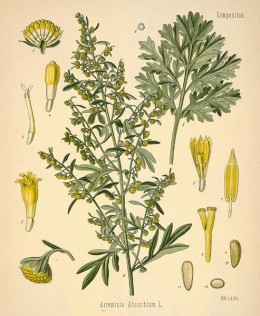 Its history is really amazing and fascinating! Ephedrine has been first isolated in  1885 by Nagai Nagayoshi, a Japanese chemist. Its first synthesis occurred 90 years ago, in 1920. And six years later, in 1926, it has been made available in the U.S.

Even if it has been first isolated in 1885, the ephedrine-containing herb Ephedra (traditionally called Ma Huang), has been used in Traditional Chinese medicine for up to 5200 years.

A Vedic ritual drink called soma, was made to provide longevity and strength during combat in ancient times. It is said Zoroastrians were using Ephedra for the soma drink, locally known as hum or homa, for its stimulating properties.

In 1989 Harry Falk, in his Soma I and Soma II series, noted that, in the ancient Vedic texts, both haoma and soma were said to enhance both alertness and awareness. He also asserted that the three species of ephedra that yield ephedrine (geradiana, major procera and intermedia) do have the properties attributed to haoma by the ancient Vedic texts of the “Avesta”, Zoroastrians’ code.

Before diving into this compound, it is important to be aware of its legal status. Ephedra was banned on April 12, 2004 by the U.S federal government.

It is currently legal to buy ephedrine supplements in Canada. However, there are a few restrictions. Just as in the United States, ephedrine cannot be marketed or promoted as weight loss or diet supplements. It means you won’t find pure ephedrine HCL, rather liquid sinus, allergy, or decongestant remedies.

The dosage is also limited in Canada (as it is in the USA). You will not find legal ephedrine in Canada that has more than 8 mg per pill. Additionally, it cannot be in the form of a capsule or caplet, as it must be a pressed formulation. Authorities are worried that you might be buying it in order to cook, or manufacture, illegal drugs such as methamphetamine or derivatives.

The “ideal” diet pill, we all agree, should increase or promote fat loss while maintain muscle mass at the same time, but also be cheap as well, if possible. And it looks like that is what the combination of ephedra stacked with caffeine does! Would the EC stack be the “ideal” weight loss agent? Let’s find out.

The first study, often quoted is “The effect of ephedrine/caffeine mixture on energy expenditure and body composition in obese women.”. This study shows that dieting women who were given EC lost twice as much fat (9.9 lbs more) and three-quarters less muscle, this compared to those given a placebo, even though total weight loss was similar :

Weight-loss was not different in the groups, but the E + C group lost 4.5 kg more body fat and 2.8 kg less fat-free mas

A second study, “Comparison of an ephedrine/caffeine combination and dexfenfluramine in the treatment of obesity. A double-blind multi-centre trial in general practice.”  showed that the EC stack is 20 to 29% more effective than dexfenfluramine (dexfenfluramine hydrochloride).

Participants in this study lost 20% more weight with EC than with dexfenfluramine:

Interestingly, when the patients who were the most overweight (40% or more) were analyzed, it was found that those who took EC lost 29% more weight than those who took dexfenfluramine.

Finally, a third study “The effect and safety of an ephedrine/caffeine compound compared to ephedrine, caffeine and placebo in obese subjects on an energy restricted diet. A double blind trial.” showed that either ephedrine alone or caffeine alone did not enhance weight loss in people on a 1,000 calorie per day diet.

However, both compounds stacked caused an additional weight loss after six months of use:

Which brings us to the next question…

How Ephedrine and Caffeine Work Together?

It seems that a long-term use of ephedrine increases its effect on thermogenesis, but also decreases the related…

Initially, I experienced the typical minor side effects with the EC stack. These effects are dose-dependent and are greatly reduced or suppressed throughout the course of the cycle.

The most common side effects can include:

As obvious as it mays sound, people with nervous temperament tend to experience the most side effects. These side effects may be minimized or eliminated by starting with a small dose and gradually increasing to a full dose over several weeks as tolerance builds up, but I will present my cycle later.

The most effective dose of EC seems to be around 20 mg of ephedrine stacked with 200 mg of caffeine. The quoted studies have all used three doses per day an hour before each meal.

However, two or even one dose per day are usually effective when starting your cycle, with the dose advanced as tolerance builds up. For those of you who may experience insomnia should either remove the last dose of move it earlier in the day.

But, what about the…

Since Ephedrine is a CNS stimulant (similar to amphetamines), it should not be used by people with:

Ephedrine should not be used in conjunction with certain antidepressants, the SNRIs (serotonin-norepinephrine re-uptake inhibitors) family, as this combination increases adverse effects (Adverse Drugs Reactions), due to excessive serum levels of norepinephrine, such as:

Ephedrine should be avoided with non-specific MAO inhibitors or even alpha-2 blockers, as their combined effects may cause a hypertensive crisis (this occurs when blood pressure reaches levels that are damaging organs). This may not be a problem if initial doses of ephedrine are low and the dose is advanced slowly as tolerated.

So, let’s talk more about the…

A report from the U.S. government “NTP technical report on the toxicology and carcinogenesis studies of ephedrine sulfate : (CAS no. 134-72-5) in F344/N rats and B6C3F1 mice (feed studies)” found that ephedrine was safe when given to animals in large doses on a long-term basis. Mice and rats were given large doses of ephedrine (equivalent to 1-9 times the maximum dose used by humans) for 2 years. The conclusions was:

There were no signs of long-term toxicity.
Animals given anything less than a lethal dose fully recovered with no ill effects.

Here is how I cycled on the EC stack, during 16 weeks:

I would also give the following advice:

Lyle, in his book The Ketogenic Diet – A Complete Guide for the Dieter and Practitioner (page 296) recommends to add L-Tyrosine, an amino acid, to the stack. Tyrosine is a precursor of the production of  DOPA, an intermediary substance for epinephrine, norepinephrine and dopamine production:

It really worked, my energy levels were good. Appetite decreased, which made my fat loss much easier. Does it "work"? Yes since it was easy to eat less, hence having a greater negative energy balance.
Is it paramount? Nope. What the EC stack does; you can do.