Well…this was supposed to be a french article in the first place ; but then I finally decided to put it there. The french version should come soon!

Tonight, I’ll explain you what we refer to when we use “Anabolism” and “Catabolism” terms.  But let’s consider these the other way around and start by explaining to you how muscle growth occurs. I will after this present you the main hormones involved in this process.

Muscle growth is based on a continuous balance between these two states…and when anabolism occurs over catabolism, your body builds muscle ; when catabolism occurs over anabolism, body tissues start to degrade, in other words, you “lose” your muscles and other tissues. The metabolism can be seen as a constant regulation through cycles between these two polarities, this is what we call the “homeostasis”.

When you train, your muscles go through an intensive stress, as well as the whole body, and as a reaction, an “overcompensation” phenomenon occurs, in order to heal from the microtrauma caused by the fiber frictions, but also strengthen and increase the muscle itself. Though, what needs to be understood, is that exercise is not an anabolic phenomenon, quite the contrary: not only it degrades some physical structures (fibers, some tissues and cells), it also leads to the production of cortisol, which is the most “catabolic” endogenous hormone produced by the endocrine system. Hopefully, microtraumas and cortisol are triggers for this overcompensation phenomenon that occurs, and this is how muscle synthesis is made possible…assuming the building blocks for such process are there. 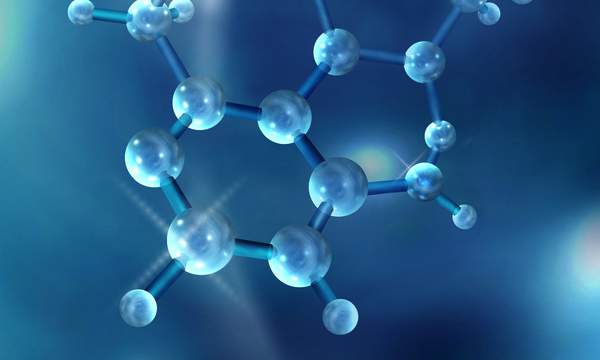 How this anabolic state made of?

We have in your bodies three hormones that are considered as “anabolic hormones”: testosterone, insulin and growth hormone. Other factors come of course into play when it comes to tissues growth in general, but let’s focus on these three hormones.

First, testosterone, which sends out signals to the cytoplasmic (plasma) membranes the signal for the nucleus to initiate the protein synthesis (which leads to the increase of both strength and volume).

Insulin is good to increase the overall volume, since it is the carrier for the nutrients to the cells.

Finally, growth hormone has anabolic effects as well through the IGF-1, which is alike the insulin.

Without going too much deeper, the numerous processes involved during muscle growth are complex ; but we know now nutrition has an impact on such mechanic.

The first nutrient we know about are proteins, and they are the first natural anabolic agent…pretty much everything into your body is made of proteins: your nails, blood vessels, organs, muscles, hairs, but even enzymes and hormones! Depending on the amino-acid layout and composition, all proteins have a different structure, but the building blocks remain the same: most of them being the dietary proteins.

Dietary proteins are made of amino acids, which is the usable material once the digestion is complete, and first material as well for the development of living tissues. As same as your liver, of your kidneys, the muscle tissues are made of a specific combination of amino acids.

Building these tissues requires many of these building blocks, hence an increased need in protein if you want to provide the material for that development.

When I say “increased”… I mean in fact “very increased”, because from a biological standpoint, building new muscle tissues is not a priority, but survival  is. When there is amino acids bioavailability, your body will prefer use them for refilling energy stores and heal damaged tissues. It’s only in the third position (let’s keep it simple) that muscle synthesis occurs.

45 years ago, we discovered that increased proteins lead to an increase in muscle mass as well, but it has also been discovered that when growth hormones are produced (by the liver), IGF-1 is released as well, which is similar to insulin. And that’s this substance (and not the GH) which seems to triggers the growth.

Some studies established this link through the amount and the quality of the dietary proteins ; the more we eat, the more IGF-1 is released by the liver, and this leads to the tissue growth. (Some experiments measured the IGF-1 levels after a high-protein meal).

There is another amino acid which can be considered as an anabolic one, the glutamine: not only glutamine is one of the most important within our organism (from 55 to 60% of the amino acids pool), it also possesses many features. After a heavy session for instance, or an accident, muscles release glutamine in the bloodstream in order to restore the immune system balance and strengthen it. One’s health is tightly linked to glutamine, because for some immune agents and lymphocytes it’s the only energy source.

It is also interesting to note muscle soreness produce ammonia as a by-product, ammonia being a toxine. When it spreads into the muscles, they start to degrade, and this is glutamine which cleans up ammonia – when it is circulating into the bloodstream after a heavy session, efficiency lowers and the physical development is slowed down…it occurs because glutamine is required for removing ammonia. At this moment, if glutamine amounts are not sufficient enough, the organism will be able to produce them via the chained amino acids, at the detriment of the muscle tissues.

Glutamine seems also to have a positive influence on the growth hormone production, as it has been observed  a strong correlation between glutamine levels and growth hormone levels.

Alanine plays also a part, some studies have shown alanine plays an important role as well in muscle growth. Both glutamine and alanine has something in common: they are amino acids released by the muscle and decomposed during an intense effort.

Glycine is another amino acid we can consider as the most “anti-catabolic” one. It occurs into the glycogenesis cycle, and this cycle prevents the usage of the amino acids for energy production. Glycine may act as a neurotransmitter as well, and maybe be responsible for an increased growth hormone release.

During a resistance session, BCAAs are used as energy by the cells, along the glycogen. Leucine is the most important amino acid, not only because it can be used as a direct energy source during an effort, but also because leucine releases two anabolic hormones: insulin and growth hormones. The first one transports the amino acids from proteins and the glycogen from carbohydrates to muscles in order for ensure their rebuilding and increase their growth.

Growth hormone is also responsible for the combustion of fatty acids from adipose tissue  for energy production, instead of both glycogen and amino acids.

How to increase anabolism?

Anabolism can be greatly expressed and increased through all these hormones (glutamine, glycine, BCAAs),but also Whey.

Anabolism and Catabolism in a nutshell

To sum up, you can keep this in mind about both concepts:

The anabolism is a metabolic process during which the organism uses smaller structures for producing bigger ones. For example, amino acids binding leads to protein synthesis. In other words, simpler compounds are used to created more complex ones.

The catabolism is a metabolic process during which the organism degrades complex and bigger structures to create simpler and smaller ones. For example, when the body degrades muscle tissues it breaks down the structure and extracts the smaller elements that are the proteins to amino acids which are the simplest structure.