Among athletes, protein is a subject of discussion that never ceases to pop up. This becomes especially true when an individual decides to limit or stop his/her meat consumption. As a vegetarian, if it isn’t lack of protein that will get the best of you, it’s lack of vitamin B12…

Luckily, things have progressed these past few years as more and more people realize that in fact, there is no reason for things to go wrong for vegetarians. Miso, whole grains, legumes, tofu… plenty of foods exist that will assure that their macro and micro nutrients needs are met.

To begin, it is necessary to keep certain notions in mind that will prevent you from blindly believing everything you may hear. These notions will also help you better understand how a vegetarian/vegan diet affects a person.

One thing you may have heard is that plant-based protein has an “incomplete” profile, or that it lacks in certain amino acids. For this reason, there is a common belief that vegetarians must combine foods (i.e quinoa with lentils) to make up for this and end up with a “complete” combination. It seems that this approach originated at the beginning of the century, when studies were done on rats that led to the discovery that the development of the rodents increased when they were given protein from animal sources, such as eggs and cheese.

These studies led to the establishment of a profile defining the amino acid needs for humans, based on observations made on rodents. It is then this profile that was used to argue that animal-based protein sources are incomplete.

The World Health Organization (WHO) has recently developped a new standard, the PDCAAS, defining the protein needs for humans.

Protein Digestibility Corrected Amino Acid Score (PDCAAS) is a method of evaluating the protein quality based on both the amino acid requirements of humans and their ability to digest it. The PDCAAS rating was adopted by the US Food and Drug Administration (FDA) and the Food and Agricultural Organization of the United Nations/World Health Organization (FAO/WHO) in 1993 as “the preferred ‘best'” method to determine protein quality. These organizations have suggested that other methods for evaluating the quality of protein are inferior.

Rose W.C focuses on this in her 1957 study: “The amino acid requirements of adult man.”

The results of the tests done show that almost all complex carbohydrates, such as potatos, beans and grains, have an adequate amino acid profile meeting a human’s needs.

Notably, the study also shows that once a person’s caloric needs are met through a source complex carbohydrates, their protein needs are systematically also met.

Careful, in this case, the individuals in question were mostly innactive. Obviously, the protein needs of an athlete will be different.

Another point of debate concerns what are known as essential amino acids, or the amino acids that the body cannot produce on its own. In rats, 10 amino acids are essential, whereas in humans, only 8 or 9 (histidine can become essential) 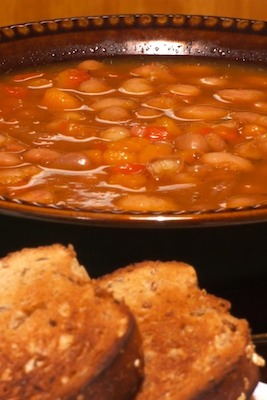 It is also possible to come across information stating that certain amino acids are missing or “incomplete” in the plant kingdom. The truth is, however, that all plants and meat contain amino acids in varying quantities.

In other words, they present the 8 (or 9) essential amino acids, but also 13 others. It is also important to note that “missing” is not the correct term, just as “low” is in relation to “complete,” but is often based on the standard set by the study on rats.

If we rely on this standard, the “methionine-cysteine” pairing is the one found the least in foods, which is why the pairing is considered “limited”. According to the principal of limited amino acids, the bioavailability of protein is limited by the lowest level of amino acids for a protein.

Still according to this principal, this means that if barely 30% of methionine and cysteine are available in a food, then only 30% of other amino acids presented in this same food will be used.

We know, however, that this is false, and that the concept of limited amino acids makes little sense. Notably, it has been proven that a stock of amino acids are available in the body, in order to complete the amino acid profile of a consumed food (a phenomenon evoked in the book Guyton et Hall : Textbook of Medical Physiology).

If we take the methionine-cysteine pair, it remains considered as a limited, when in fact their necessity was measured based on the study on rodents, who’s fur growth relies on this pair.

For more information, check out The metabolism of sulfur, by Virginia Heard et Howard B. Lewis.

If this notion doesn’t make sense, is there any sense in combining several foods from the plant kingdom? I think yes, because these combinations have the advantage of augmenting the range of bioavailable amino acids, creating a profile closer to that found in meat.

This range would notably better people’s health, assure that a pregnant woman’s milk will not lack anything, and allow a new vegetarian to successfully complete the transition to a meat-free lifestyle.

Careful, the metabolism of glucose in infants is only fully efficient from 18 to 24 months on.

For those who have trouble digesting grains, mixing them with vegetables can help with digestion. 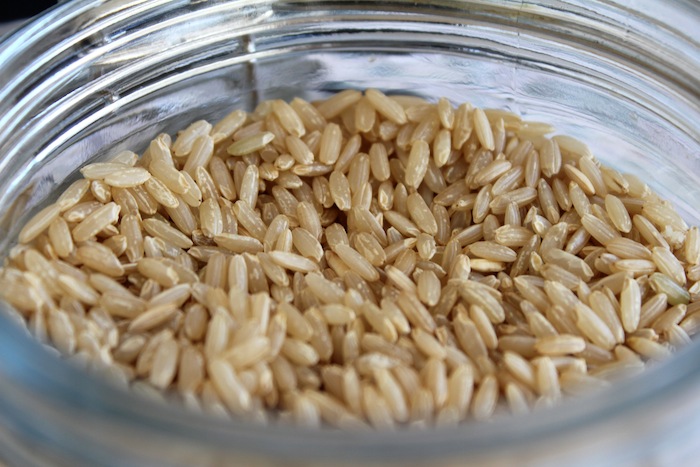 To go back to a member’s question on our forum, another notion often leads to confusion: assimilation. This is something I hear of again and again online and around me. The opinions seem very distinct, and completely oppose each other: those who believe plant-based protein are lower quality, and those who think they are the ultimate protein and “better” quality. Without taking part in this debate, I want to clarify an aspect linked to these opinions: the assumption that plant-based protein is less easily assimilated.

The correct term for this is rather “digestibility”, which allows us to estimate the extent to which a protein is used. Digestibility is a measure for which nitrogen content for a consumed protein are measured, then measures a second time in feces.

The difference between the two measurements allows a ratio to be calculated; for example, if 50 grams of protein are consumed and 5 grams come out (45 grams digested), then this protein has a digestibility of 90%.

Why is this so? Well, the notion of digestibility is directly related to the body’s amino acid needs. Because these are found in larger quantities in meat and eggs, digestibility is superior in these foods.

The purpose of this article is not to argue against anyone’s personal choices. The only advantage to the consumption of meat, however, is a facilitated digestion, as well as a cellular resemblance which facilitates the transfer of nutrients, thus giving people the sensation of having “well” eaten. The presence of minerals, lipids, enzymes or even sugar that can be found in meats also contribute to the attraction to meat. Animal protein is ultimately, however, by no means a necessity.