Tonight, I will discuss about Psyllium, a plant whose fibers possess many virtues.

Blond psyllium is from Iran and India; black psyllium comes from Middle East.

What is so important about psyllium? Well, first and foremost, its seeds, which contain mucilage. Mucilage is a plant material which contains polysaccharides. Once they enter in contact with water, they inflate, and the material becomes viscous and gelatinous.

This mucilage bestows on psyllium fibers its laxatives properties; they thus regulate bowel movements by softening stools. Psyllium is a compound from which nothing is digested and assimilated by the organism.

The benefits of psyllium have been officially, and widely acknowledged, by the European Commission, the ESCOP (European Scientific Cooperative on Phytotherapy), the WHO, as well as the FDA.

It is only in the early 1900’s that medical research started to investigate psyllium; and in 1996, the Danish Medicines Agency approved blond psyllium as a treatment for the four following conditions:

In 1998, the US Food and Drug Administration finally approved the health allegations displayed on the food labels, indicating the benefits of psyllium for reducing coronary diseases; and it is only in 2007 that Canada updated its own regulation to follow the same trend. For many countries in the European Union, psyllium is already an official prescription.

Numerous studies have validated the many virtues this plant possess. One, from 1997, showed that psyllium was efficient for treating children who were suffering from dehydration as well as diarrheal diseases; starting from 3.5 grams per liter along 50 grams per liter of water.

For people suffering from fecal incontinence, a dosage of up to 40 grams per day, split in 4 intakes of 10 grams throughout the day yielded positive results.

In 1999, Anderson led a study, that showed that the use of psyllium on people suffering from T2 diabetes led to an important decrease of blood glucose levels, during the postprandial period. Subjects’ LDL cholesterol levels decreased down to 13%.

Along with its natural laxative virtues, psyllium can also be used to treat hypercholesterolemia, as discussed earlier. The way it works seems to be that it promotes an increase in the absorption rates of both cholesterol and dietary lipids. Psyllium even leads to a greater loss of biliary acids (these are acids biliary vesicle produce in order to digest lipids).

Finally, it should be noted that fibers fermenting within the intestine produce short chain fatty acids which improve digestive health, as they also reduce hepatic cholesterol production. This is the reason why psyllium seems to be an adequate tool against T2 diabetes (diabetes without insulin resistance).

Anderson thoroughly studied the benefits of psyllium; and in this same study, he noticed that psyllium not also reduces plasma cholesterol levels up to 13%, but also contributes to reduced glycemia for the following 8 weeks (based on the administration of 5.1 grams on a daily basis.) 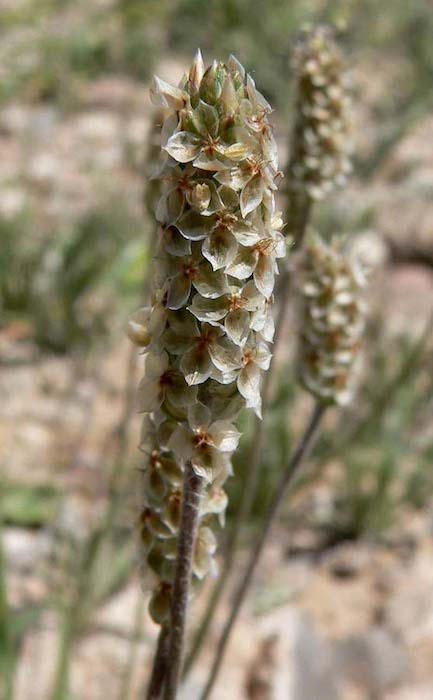 Mucilage psyllium fibers contain alters food structure and food viscosity within the intestine, thus promoting a greater and longer feeling of satiety. This can be useful for people lacking proper discipline,  people without healthy dietary habits, or even people following a diet that constantly stimulates blood glucose levels. For obese children, psyllium could be an interesting tool.

Moreno LA and Tresaco B discuss this last point in their study, Psyllium fibre and the metabolic control of obese children and adolescents. (J Physiol Biochem. 2003 Sep;59(3):235-42. Review).

Another obvious benefit for athletes, is the ability for psyllium to diminish hunger (as discussed earlier), but also improve digestion. These are the two things we are most likely to suffer from while cutting, as digestion usually slows down. Using psyllium as a supplement might help against cravings and decrease the digestive pains we often experience.

Psyllium is definitely a plant full of virtues, and helpful against many diseases. In their study, Potential synergism between wheat brain and psyllium: enhanced inhibition of colon cancer, published in 1993,  Alabaster O, Tang ZC, Frost A and Sivapurkar N explain that psyllium could be used to treat colon cancer.

Moreover, psyllium is indicated for treatment of many inflammatory diseases. This fact has been confirmed by Japanese scientists, who developed what we call a symbiotic, the association between psyllium and probiotic (the bifibobacterium lonugm). This symbiotic has proven to possess many qualities for improving the quality of patient’s lives compared to other isolated treatments. In addition, it was the only  treatment that decreased the intestinal inflammation patients were suffering from.

Psyllium is also used as a treatment against:

These are all intestine-related health conditions; it is because psyllium improves digestive health that the chances of these conditions occurring are decreased.

In spite of all the listed virtues, psyllium possesses nonetheless some contraindications. For most of the people, the worst thing that could happen is a feeling of being bloated (related to an increase of dietary fiber) or some water retention, but there are some specific cases (consult your doctor):

To this date, no cross reaction allergies to psyllium have been reported.