I will address these questions, and more…

Proteins are often referred to as the «active » molecules within the organism, because of the numerous functions they provide:

Proteins are made from amino acid condensates. There are 20 existing amino acids (well 22 actually : the selenocysteine and pyrrolysine, but both depend on a specific codon [codon being 3 nucleotides]):

When the amino acid chains have a molecule mass smaller than 10 000 daltons, they are considered “peptides”. For instance, glucagon and insulin are both peptides.

The main role of the amino acids is protein synthesis, but amino acids can also provide energy, and participate in neoglucogenesis…

9 amino acids must absolutely be brought in through the diet in order to ensure a “nitrogen balance”, but also for optimal growth (especially for children.)

There are the nine essential amino acids:

For all other amino acids, a synthesis is possible from glucose, thanks to the pyruvate (which is a metabolite found in several metabolic pathways), the oxaloacetate or the alpha-ketoglutarate.

(Note that it’s impossible to synthesize an amino acid from fatty acids, no matter what you may read.)

Nitrogen balance can be defined as nitrogen intake over nitrogen loss; and 90% of these losses occur via urine (up to 80% is urea) and around 10% via feces.
Some minor losses occur via the sweat, the desquamation (tissues loss), or superficial body growths (like hairs or nails).

The nitrogen balance is the evolution of the organic proteic mass, assuming this is not changing (via free amino acids and urea) during the  period that is being measured (usually from 3 to 5 days) .

The result could either be neutral, positive (growth) or negative (loss being superior to intakes).

From 1100 to 1300 mg of high biological index proteins (eggs whites are used as a reference measure for this index) per pound ensures a neutral nitrogen balance.

Here are the required proteic proportions per essential amino acid :

Given the fact that most of us eat more than 100 g of pure protein a day, it might be easy to think most of the requirements are met…but it is indeed possible to be deficient in some essential amino acids, mainly because of  the quality of the protein being eaten and the variable, specific needs during a given time.

The biological value of a protein defines its digestibility and its amino acid profile. This has led to the creation of a notion:  the“limitation factor” (defined by the chemical index) and the “proteic usage” (which integrates the digestibility coefficient as well as the essential amino acid proportion)

The digestibility coefficient for a protein defines the percentage of nitrogen being ingested over the non-digested amount, (the one eliminated via through feces)

The limiting factor defines the inability for amino acids to synthesize proteins. It occurs when intakes are insufficient for one essential amino acid. The synthesis is blocked during this time.

Most limiting amino acids are :

The PER is calculated by multiplying the digestibility coefficient by the chemical index.
For instance, the PER of meat is around 70%, while the egg albumin has a PER of 87%.
Mother’s milk PER is around 95% – but of course, proportions need to be taken in account for this index. For instance, flour has a PER of 70%, but bread is only 2,7% protein,  while meat is up to 18% protein.

Generally, proteins from natural sources of protein have a lower biological value than animal-based proteins : their digestibility is lower and the essential amino acids are provided 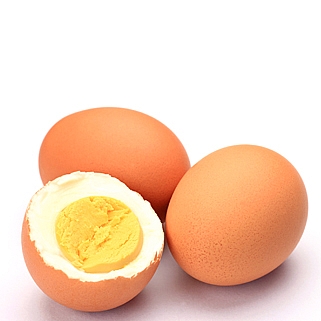 in a lesser degree (especially Lysine, Methionine, Cysteine and Triptophan).
It is nevertheless possible to follow a vegetarian diet by combining proteins from sources with different limiting amino acids : cereals (low in lysine), legumes (low in cysteine/ tryptophan) or cereals with milk (low in methionine)

Despite the 9 essential amino acids I presented, some can become essential – which means the endogenous synthesis is no longer possible.
For instance, cysteine can be synthesized from methionine, but for the newborn or people suffering from hepatic insufficiency, such synthesis cannot occur (the same thing applies for thyrosine from phenylalanine).
During cell growth periods, arginine needs increase, while for alcoholics or for people suffering from hepatic insufficiency, it is arginine, ornithine or citrulline for which synthesis cannot occur.
During oxydating stress periods of inflammation, the cysteine needs increase quite a lot (it is cysteine that provides sulfur).
Detoxification requires glycine, for instance when it is a hepatic one.

Some amino acids play a specific metabolic role, but in regard to a diet, having them in quantity would likely unbalance the whole regimen. For this reason it is useless to increase a specific food consumption solely for the amino acid it provides.

Mostly present in the muscles, blood plates and central nervous system. Taurine acts during the second phase of hepatic detoxification (conversion of the toxins from solid to hydro-solubles compounds), during calcium metabolism, and during the central nervous system development. Taurine acts as an antioxidant, and as a component for the glutamyl-taurine, a neuro-transmitter.
Taurine turns to an essential amino acid when vitamin B6, cysteine and methionine are insufficient – it is already an essential amino acid  for children.

Arginine is converted to nitric oxide and citrulline (NO). NO plays a part in muscle relaxation (the vasodilatation) – thus Arginine is currently being studied to treat arterial hypertension.
NO also acts as a mediator within the nervous and immune systems.

These three amino acids are called “branched chain amino acids” as they directly promote protein synthesis. They play a major role in muscular development, and  represent up to 33% of the amino acids used for muscle growth.
Inside the mitochondrial cells, they can be totally oxidized but they can also be used for production energy.
They penetrate the main nervous system with the same transport system the tryptophan, tyrosine, phenylalanine and methionine use.

Also known as the “nitrogen shuttle”, glutamine and alanine play a role on the nitrogen transportation for more than half of the amino acids.
Glutamine is mainly consumed by tissues which have a strong cellular development (such as lymphocytes and macrophages that use glutamine as fuel.)

So this amino acid could turn to an essential one (remember that some become essential when the endogenous production is not sufficient), when infections occur, or during traumatic stress (or even when the intestines are damaged).

Proteoglycans are characterized by a polysaccharide chain which contains at least one amino sugar. Proteoglycans play a part in ion transport, water retention, collagen synthesis and cell signal.)
Glucosamine sulfate has been studied for use against arthritis

Protein malnutrition can occur in several cases, such as bad malabsorption, proteic catabolism and deficiencies.

Usually it’s a slow and long process, but sometimes the denutrition of proteins can be extremely rapid:

… this gives us an average of 12 pounds of pure protein – and around 2 pounds of proteic nitrogen.

If proteins are removed from the diet during 10 days, protein malnutrition could occur, while nothing presumes it. Such cases often occur during depression or anorexia episodes.

During a total fasting period, the protein deficit is around 250g per day, but the first loss of protein is not from the muscles, but rather from the “fast” compartments (liver, organs, digestive conduit and lymphoid organs.) They all can lose around 50% of their protein content in 5 days.

At this early stage, muscles are “safe” but auto-immune functions, hepatic activity and even protein synthesis are less efficient.

There is a strong relation between the dietary intake of proteins and carbs. If an average consumption of 150g of carbs is maintained, gluco-dependant organ’s needs are covered – if not, neoglucogenesis is highly stimulated, which leads to the production of glycogen from protein breakdown: this is the catabolism.

Here are some tips to measure the catabolic rate :