What are the needs for a pregnant woman?

What kind of complements are allowed, and are they really necessary?

Do pregnant women need to follow a specific diet? 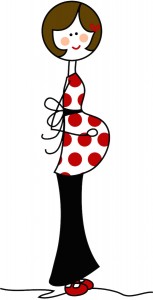 First things first: we are not doctors, and only your doctor, who possess your medical records and history is the best advisor when it comes to the best recommendations in order to ensure a healthy pregnancy.

It is indeed quite possible for us to miss something, or omit a detail that could be relevant to your personal case. Your gynaecologist or your doctor could decide to have your health monitored by a nurse or an obstetrician. Please consider this article as guidelines or general rules, and no more.

The first piece of advice is, of course, to avoid all strong intoxicants, such as tobacco, drugs, alcohol, or pills which are not mandatory, etc., intoxicants which have an obvious impact on your health and your future child’s health.

Keep in mind that everything you consume may eventually reach the foetus, so, more than ever, watch out for what you put in your body. The following list details the food or stimulants to avoid

As there are ongoing studies, many physicians and pregnancy specialists recommend to limit the daily caffeine consumption up to 200-300 mg/day. More than that seems to be correlated with an increase of the gestation period; caffeine consumption may also be linked to potential miscarriages and birth defects.

Caffeine goes through the placenta; therefore, it has effects on the child’s nervous system. For pregnant women, caffeine remains active from 9 to 11 hours, but more than 100 hours inside the foetus, as the child is developing itself, and does not have yet the required enzymes for eliminating caffeine.

A consumption inferior to 300 mg/ day is permitted; but effects related to caffeine consumption do not change nonetheless. Coffee is a strong stimulant, that can lead to birth complications. The same way you feel the effect of caffeine on your nervous system, these are the same effects that your child may feel as well, namely an increase of the cardiac rhythm, so forth and so on.

This advice applies to caffeine, and not coffee, this means that such recommendation also applies for caffeine-containing products, such as creams, energizing drinks, etc.

Some studies have been done in this domain, such as High caffeine consumption in the third trimester of pregnancy: gender-specific effects on fetal growth.1 The study showed that an important intake of caffeine during the third semester could be responsible for a delayed development of the foetus, especially if it’s a boy. However, other studies managed to prove a lack of causality between an important caffeine consumption and a delay of the foetus development.

« Safer is better », so we recommend you to apply the principle of caution and monitor caffeine consumption.

More than 80% of the population is concerned by a vitamin D deficiency, however, what is the current situation for pregnant women?

A study has been conducted on 162 women, divided in three groups; for the first one, a dose of 400 IU has been given, the second group received 2000 IU, and the last one received 4000 IU. After the 12th week, and until the birth, vitamin D levels were measured into the blood plasma; it was noticed the first group had insufficient vitamin D levels (less than 32ng/mL). A superior proportion, but still insufficient, has been measured for the group which received the 2000 IU. Finally, for the last group, most of the women had sufficient vitamin D level within the blood plasma. This study led to the conclusion that 4000 IU were adequate for the mother and child’s health. Please note that 4000 IU do not represent any harm for your health.

This vitamin plays a major role for the development of the nervous system, as well as DNA synthesis. Doctors usually recommend vitamin B9 for pregnant women in order to prevent neural tube deformities. While such deformities can be treated, they still can represent a danger.

This recommendation led many countries to add vitamin B9 into foods, (as a synthetic version of folates that can be found in natural foods). The digested vitamin B9 is converted to levomefolic acid (5-methyltetrahydrofolate), which is the active form of vitamin B9, via an enzyme called MTHFR; however, this enzyme cannot quickly process an important quantity of folic acid; this means that what ends up circulating is the unconverted form of the vitamin. Note that long term studies have not been conducted yet. Prefer the following natural sources of folate:

As for your supplementation, a daily intake of 400µg/day is recommended.

Pregnancy According to Taoism

Taoism is a 26 000 years old medicine; it is the religious and philosophical systems of China. Readers can refer to The Great Tao from S.T Chang, who provides recommendations based on his own studies: 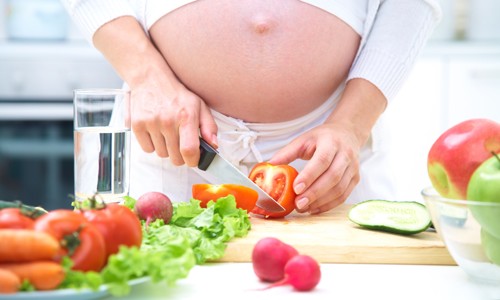 During the gestation period, it is best not advice to drastically change your diet, as some liberated toxins during pregnancy can have an impact on the development of the foetus.

While there are not any general rules, there is no need to tremendously increase the amount of food you eat on a daily basis However, we recommend to slightly increase your intakes (anywhere between 300 to 600 calories a day), and put an emphasis on lipids, particularly omega-3, which participate to the brain and retina development, as well as DHA that participate in the metabolism of neurotransmitters.

The DHA crosses the placenta, in other words, it is the DHA you consume that is likely to determine your future child’s DHA intakes. Endogenous ALA to DHA conversion is not as efficient as dietary intakes it seems.

Consume fish oils and fatty fish. Beware though about the amount of fish you consume, small fishes being loaded with heavy metals, mercury and toxins, such as PCB, which will end up being your infant’s intake.

It is advised not to consume over 340 grams of fish per week. During the pregnancy period, as explained, it is advised that you increase your intake of folic acid (closely tied to vitamin B12 for blood building and foetus development), and magnesium (essential for calcium absorption). For vegetarians and vegans, it is strongly advised to have a vitamin B12 supplementation. As a main rule, avoid « mega doses » of vitamins which can be harmful.

Finally, whole foods consumption, vegetables and fruits (in moderation, as always) will maximize the chances to have a diet that supports a healthy pregnancy.