The Paleo diet: everyone has heard of it, yet few really know what that diet is about. While some do think it’s just a weight-loss diet, others think it has many health benefits, and for other folks, it’s more a lifestyle than anything else.

But what is this Paleo diet really about? And why did it gain so much attraction lately?

In this article, I’ll talk in details about the Paleo diet and why this trend (oops) became so popular.

Here’s what you need to know…

The Paleolithic period if the longest period of prehistory, during which men are mostly of hunter-gatherers. This era began with the discovery of the first species that belong to the genus Homo, around 3 millions years ago and it ended roughly 12 000 years ago. The Paleolithic period has been followed by the Agricultural era (or Neolithic Age), which is a progressive era that spread progressively throughout regions of the world. In the Middle-East, this era began approximatively in 9000 BC. This era is characterized by an increase in agricultural capacity and animal husbandry. The term “Neolithic Revolution” refers to a quick shift, characterized by the transition from a predation-based economy (hunting) to a production-based economy (agriculture, breeding).

What exactly is the Paleo diet?

On the other side of the spectrum, the following foods or food groups are permitted:

And there’s here an interesting phenomenon: the argument that is proposed (excluding some foods) and its solution seem to be both coherent. After all, it’s true that our health is deteriorating, while more and more people seem to be affected by obesity, chronic inflammations, as well as degenerative diseases.

Is seems to be wise to ask the question about whether or not the Paleo diet constitutes a good answer for this cluster of health issues our current populations are suffering from.

I will try to review here the main claims or theories Paleo proponents use to defend this diet, in the light of several studies that has been published recently. But before moving forward, it is important to discuss about two extra “revolutions”, which have shaped the world as we know it:

Both revolution have one point in common: both are marked by a progressive downshift  in physical activity, and both are often omitted by paleo zealots, who prefer to point fingers to the agricultural revolution that occurred 12 000 years ago.

According to some pro-Paleo claims, the human genome has not undergone enough mutations to handle Neolithic foods without adverse health consequences. In other words, the genome of our ancestors didn’t have the time to adapt to the cultural changes that occurred.

But, when we look at the studies, we see that our ancestors followed various regimen, based on food availability. For tribes in Africa (roughly 200 000 years ago), food was mostly plant-based. For tribes in Europe, food was mostly meat-based, during hundred of years, and that shows us food varied amongst populations of hunter-gatherers.

Moreover, it doesn’t seem to exist any study or historical analysis about what our ancestors were eating during the Paleolithic era. To quote Lauren Cordain, an American scientist who specializes in fields of nutrition and exercise physiology but also a researcher into paleolithic nutrition (he is notable as an advocate of the Paleolithic diet):

Unfortunately,not a single comprehensive nutritional study evaluating the macronutrient and trace nutrient contents of the wild plant and animal foods actually consumed in completely un-Westernized hunter-gatherer diets was ever conducted. Consequently,all future studies of the traditional diet of preagricultural humans must be evaluated indirectly by examining the ethnographic,fossil,or archaeologic records in conjunction with modern-day nutrient analyses of wild plant and animal food.

In the same trend, proponents of the Paleo diet recommend us to avoid wheat, as our ancestors didn’t consume any. And while we thought that wheat production mostly occurred during the Agricultural Revolution, a growing body of evidence and peer-reviewed studies challenge the idea that grain production and consumption is a recent phenomenon, as suggested by Paleo diet proponents. Studies that have been published in 2009, 2010 , and 2011 show that trace amounts of wheat have been discovered on the stone tools our Paleolithic ancestors were using, from Northeast of Europe to the central Mediterranean. Sites suggest that plant food processing, and possibly the production of flour was a widespread practice across Europe from at least  30 000 years ago. 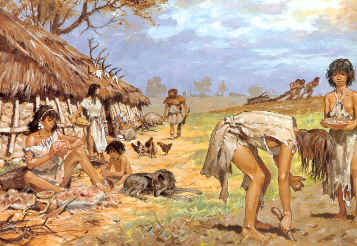 In 2011, a study showed that Neanderthals were already consuming wheat (trough the analysis of dental calculus), and were eating some of the foods we eat, such as legumes. And this is in the light of these studies that we can conclude consumption of wheat occurred prior to the Agricultural Revolution.

Why do Paleo diet forbids nightshades, grains, and legumes?

Because all contain lectins, which are proteins that binds to some carbohydrates that may be responsible for the “leaky gut” syndrome, as well as adverse autoimmune responses. But this is largely speculative, since it’s based on in vitro and animal data. To quote Carrera-Bastos (The western diet and lifestyle and diseases of civilization):

Unfortunately, the effects of lectins and saponins on intestinal permeability, endotoxemia, and inflammation have been poorly studied in humans to allow us to draw significant conclusions.

Despite numerous claims of grains, legumes, and nightshade vegetables consumption and their damage to the intestines, there is no research on healthy humans supporting this. Even in the diseased population, grain consumption has not been consistently demonstrated to exacerbate any pre-existing gastrointestinal disorders.

Let’s keep going, with dairies. Proponents of the Paleo diet claim that dairy has an acidic effect instead of an alkaline effect on the body, as it doesn’t protect bones. But… such claims don’t seem to reflect the current scientific evidence;  milk and dairy products neither produce acid upon metabolism,  nor do they cause metabolic acidosis; furthermore, systemic pH is not influenced by diet, and acidic pH urine does not automatically reflect metabolic acidosis or an adverse state of health. Moreover, it seems that dairy’s bone-protective effect is supported by the majority of observational research and nearly all controlled interventional research.

And when this isn’t about acidity, we often hear that “cow’s milk is good for baby cows, but not humans. We are the only animal that drinks the milk of another animal”…which is not not true: feral cats and western gulls were recently reported to steal milk from northern elephant steals.

Does it make any sense to eat cow’s muscle, yet avoid the milk that laid the foundation for the growth  of those same muscles? 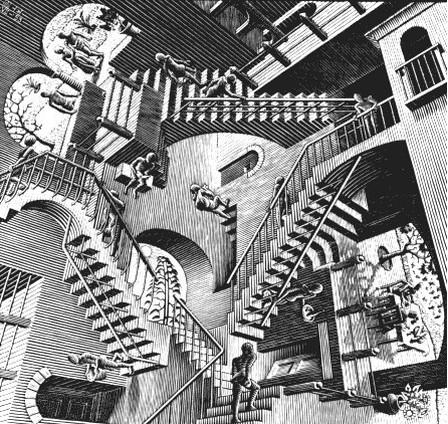 What are we left with?

Sugar and sweeteners. Both born from the Devil himself. While sugar is claimed to be toxic, sweeteners are responsible for the rampant epidemic of obesity. 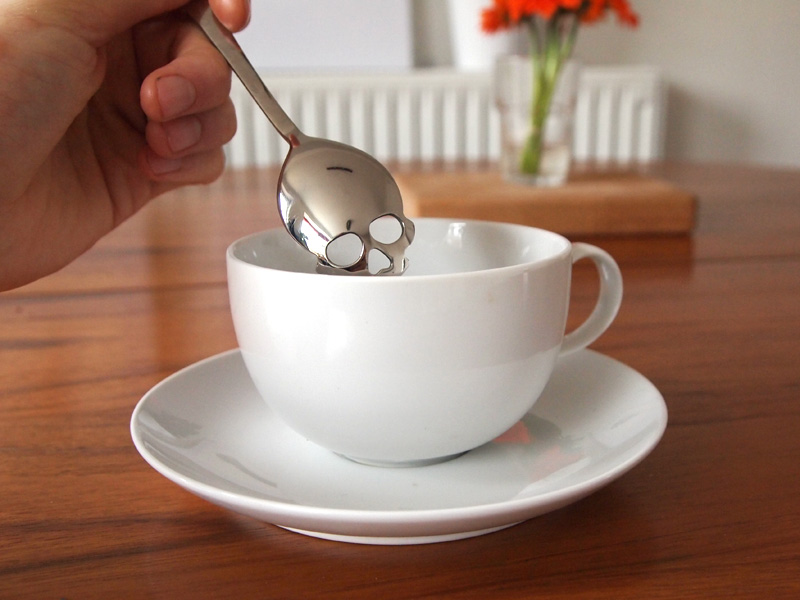 When we look at the evolution of food consumption amongst our population, we can see an increase in the amount of food that is consumed. There are three things that are worth talking about:

This indicates that caloric sweeteners contributed less than 10% of the total caloric increase that occurred in the last 4 decades!

These numbers indicate that people ate more, and moved less (remember our two revolutions that occurred); pointing fingers at sugar is nothing but a reductionism against many factors that explain why heath degraded amongst populations.

With that said… what can we conclude?

The question that remains is: is there any benefit from eating “Paleo”?

Yes, I do think this way of eating has some positive advantages:

To this day, there isn’t a single study that shows a particular food is to be avoided, and thinking in black and white does nothing but creating irrational fears, orthorexia, and eating disorders; moreover, this diet doesn’t really tap into roots of this epidemic of obesity: people are becoming less and less active. There is no need for you to jump to an extreme and avoid specific foods from your diet. Unless a clear diagnostic has been established, following trends from pseudo-sciences is never a good idea.

While the Paleo diet seems to make sense, throughout its way of cherry-picking studies, science proves that most of its claims are refutable. It seems to me that it’s nothing but a biased approached that builds false hypothesis.

Strangely, I can’t help but noticing that the gluten-free industry thrives more and more every year…

Credits to Alan Aragon Research Review, and Alan’s work at the NSCA.

Previous ArticleP90X3 Workout Review
Next Article How to Become a Vegetarien