Trending
Search
HomeSuccess
By Fit for Life on 1 April, 2015 Success

By looking at how people find motivation to exercise, improve their diet, or improve other aspects of their lives, it seems to me that there are at least two types of motivation:

In this article, I will review these two types of motivation, and explain why I consider negative motivation as something to avoid.

Motivation is related to willpower, that can be defined as the quality allowing the emotion triggered by motivation to last, until the objective is met:

Motivation could be defined as the engine, willpower as the gas pedal, the result as the destination. Motivation yields many benefits, such as this phenomenon I call “re-affirmation”: the more motivation helps to reach something (such as a tangible result), the more it’ll be present and used as a virtuous circle [1]. Then, gradually, everything that seemed a hard task to accomplish (because of certain personal fears and apprehension) becomes much easier.

This motivation manifests itself under different forms, and it sometimes starts with a sentence, such as “I can do it”, and then, it translates into a tangible and concrete plan of action. When this motivation is positive, we associate pleasant and attractive images, such as: a leaner or stronger body, or a better health. Through this positive emotion, a feeling of self-accomplishment arises, and a virtuous circle appears, which is an amplifying feedback loop, itself creating more positive effects and emotions, such as joy, excitation, and well-being.

Thanks to this motivation, new habits are formed, and while the old ones don’t really disappear, the new ones short-circuit them.

On the other end of the spectrum, exists what I call negative motivation, or diminishing motivation. Negative motivation exists in people who lack proper support and who don’t know how to think positively. Negative emotion is like the carrot and stick approach, which we don’t recommend. I have the feeling this negative motivation regulates itself, and can be hard to get rid of, partially because it’s often the tip of the iceberg. People using negative motivation often suffer from self-esteem issues, lack of confidence, and this way of articulating their project is nothing but the extension of their way of thinking, itself lacking proper support.

This negative motivation is something I see more and more in the medias as well as on the Internet, and particularly on the Internet; this theme is linked to another one I discussed about, the body image. In this article I would like to focus more on the consequences of such mindset: 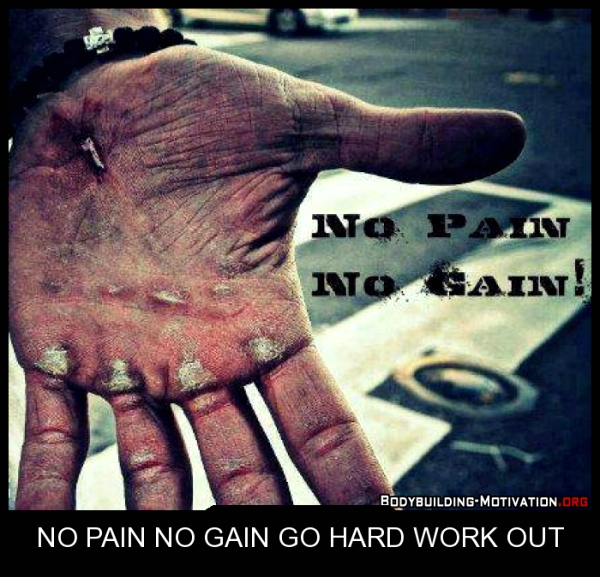 When negative motivation overrides positive motivation, the dynamic is inverted: people do not want to reach their goals, rather, they try to avoid something they consider disastrous. And they often use harsh words towards themselves: self-deprecation, reprimanding, disparagement of their own abilities, constant fear and sense of insecurity. They reduce their esteem, for them to move forward.

Even if this release of energy takes place, as it does for the positive motivation, and even if it’s possible to reach the goals, it seems to me that there is a danger, to feel disconnected and to refuse to accept it will be possible to feel good again. Negative motivation arises when the persons don’t accept themselves totally. They refuse to accept what they see, to accept that they have abilities, and to believe they have a right to be happy. When people are driven by negative motivation, there is often a link between self-perception and a distorted belief about their own abilities.

It seems to me that this negative motivation has a lot to do with our social dynamics, body image is so distorted, so present, that it can be hard sometimes to avoid it. Self-acceptance requires more strength and courage, and sometimes, this has became an habit, without really questioning it. For example, for many people, this is the family environment, and especially parents education that conveys this way of thinking. Once one has started to conceive of the world through this thinking (for example “You are a useless kid”), then all aspects of his life are impacted by such thinking. Beware, I do not want to hold responsible parents and their model of education, because even parents themselves reproduce what they were taught without thinking, but I think it’s important to talk about this aspect, as a potential variable to explain why negative motivation exists, and how I consider it to be the tip of the iceberg.

Some athletes I talked to explained me they needed this energy to become better, and to push themselves ; but interesting fact, these athletes usually had poor sleep and stress. In other words, while the athletes reached their goals, this is not without degrading the quality of their life. The question then becomes: Are they “good reasons” to exercise? Shouldn’t sports be fun, and a way to channel our energy, and feel good about ourselves?

Is Negative Motivation a Fatality?

Is negative thinking a fatality? Is it possible to change the way we think, in order to think positively most of the time?

Yes. It is possible. For negative motivation to turn into a positive motivation, you have to question yourself, and ask why you have the goals that you have. As explained, negative thinking often hides a lack of self-acceptance ; so start by accepting yourself, and accept that change takes time. Once this self-acceptance work is done (even if it’s something that evolves), you will need to focus on the positive aspects of your life, for example, see the progress you’ve made, how your breathing is better, and how your diet has been improved.

This exercise will help to do some “mental cleansing”, and replace all the constituents of negative motivation by positive thinking. You may have to force yourself, at first, to only see the positive aspects, but thanks to this approach, motivation as a vehicle, could be used in a healthy, and positive way.

Visualization is also a great way to force positive thinking. For those who think they’re not good enough, they hardly believe they could ever achieve anything. By using visualization techniques, the brain will end up accepting positive images as a reality, and this what will happen.

When we think about something, and when we perceive something else, similar portions of the brain are activated [2], in other words, the brain doesn’t distinguish between a mental projection, and a perception. This is something really powerful, because it gives you the possibility to shape your world, thanks to visualization. I myself use visualization, and it helps me to see the progress on my projects; until the image I think of becomes real. By using visualization techniques, the gap between the person we wish to become and the one we are, become thinner.

Finally, and it’s something we teach to our clients, motivation for exercising or improving the diet shouldn’t be separated from life, they need to be considered as a project, this is why we show them how to integrate all the necessary components in order to create positive results.