The study we were all waiting for: the impact of lipids on body composition!

(well at least I was waiting for it!)

Research was still unclear about the impact of lipids on body composition. For other nutrients; such as carbohydrates, we know glycemic index, along a hypercaloric diet led to the development of insulin resistance precursors; for lipids, the link between the kind of lipids, body composition and insulin resistance was still unclear.
Uppsala University, Sweden; proved that saturated fatty acids (SFA) led to a more important production of fat body mass, against polyunsaturated fatty acids (PFA), even for an iso-caloric diet.

This is the first study that has been performed on humans; that showed more than having an impact on cholesterol levels, or potential cardiovascular diseases, SFA also play a role on fat mass repartition, says the American Diabetes Association.

For this study, 39 people, with an average body composition, participated to this study. They consumed 750 extra calories on daily basis, during 7 weeks (that equals 36 750 calories). For the team, the goal was to control the weight gain, trying to limit it to an increase of 3% from the initial weight.

This study started in 2011, and received a great deal of attention; because it focused on the kinds of lipids that were consumed. For half the subjects, the intakes, prepared for the study, consisted in…high-fat muffins, rich in SFA (the author of the study, Fredrick Rosqvist, prepared himself).

The first group, randomly selected, consumed calories from PFA (from sunflower oil), and for the other group, lipids came from SFA (from palm oil). Interesting fact, the rest of the diet contained not only the same amount of calories, but also the same macronutrients composition! Whether proteins, carbohydrates, sugar, lipids…the only difference was the kind of lipids both groups consumed that were either saturated or polyunsaturated.
For measuring the increase and repartition of the fat mass, as well as the skeletal mass, the team used MRI, before and after the weight gain. Genes activity has also been measured near the abdomen area, before and after, using chip allowing the study of thousands of genes simultaneously.

Well, next to the weight increase itself, because of the excess calories, it was also observed a difference related to the kind of lipids that were consumed! For the second group, the consumption of SFA led to an increase of fat mass into the liver and the abdomen area (particularly near the visceral organs), compared to the first group that consumed the PFA.

The conclusion to the study says:

In conclusion, overeating SFA promotes hepatic and visceral fat storage whereas excess energy from PFA may instead promote lean tissue in healthy humans.

Fat, mostly into the liver, seems to lead to some metabolic perturbations, such as diabetes. If we are able to confirm this link between PFA and lean body mass development, it will be of a great help for seniors, whom lean tissues degradation is a real concern.

It is well known that fat distribution is an important factor, such as diabetes precursor, as well as cardiovascular diseases; and something to know: this is not so much the amount of fat; rather the kind of fat tissue that stores it, which plays a key role for the development of these conditions.
For instance, visceral fat, along fat stored into the liver, greatly increases risks for type 2 diabetes. And these are the main target for nowadays treatments. While reasons remain unclear, PFA consumption, that can be found in vegetable oils, greatly decreases the chances to develop type 2 diabetes.. 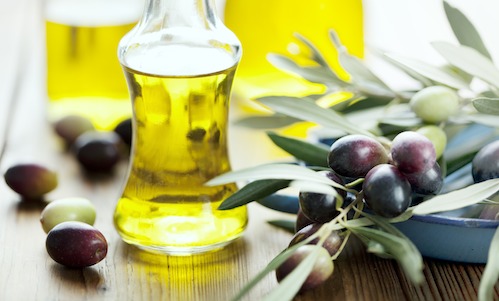 This study confirms that, potentially, PFA positively affect fat mass repartition and storage. One possible explanation is simply an inclination for these PFA molecules to stimulate the metabolism in a greater extent compared to SFA molecules in the context of an hypercaloric diet.

The other interesting fact scientists were able to observe was the affinity for certain genes; that were different for both PFA and SFA.
SFA showed an affinity with genes within adipose tissue that increase fat storage near the abdomen area; as they were perturbing insulin regulation in this area. In the opposite, for PFA, affinity was stronger with brown adipose tissues, tissues that increase thermogenesis and enhance glucose metabolism.

This study allows a better understanding of physiological mechanisms and the diet; and how a specific kind of food should be consumed in moderation in order to prevent either cardiovascular diseases or insulin resistance and diabetes. Today, there is not any real preventive treatments against an important accumulation of fat into the liver and near the abdomen area.
For the team, the next step will consist in trying to have a better understanding of the several mechanisms implied in the development of these fat cells, based on the kind of lipids that is consumed.

Previous ArticlePlant-Based Protein
Next Article How to Break Through a Plateau: Uncle’s Advice