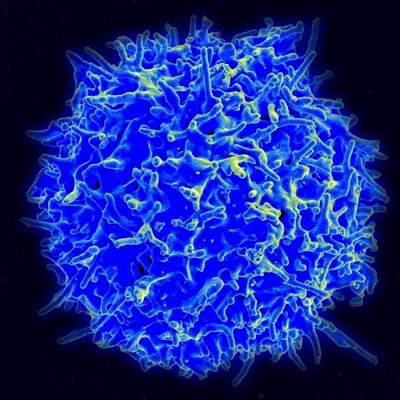 A specific type of lipid seems to increase the production of NKT cells (Natural killer T cells)- these cells play an important role for the immune system as they participate in the elimination of foreign bodies. Scientists hope to one day find treatments against infections or even certain kinds of cancer using these cells!

The immune system is very complex and composed of several actors- among these, the NKT cells used for a rapid immunitary response, but also an adaptive one that takes more time but utilizes a form of “memory”. Although the body does not contain many of these cells, they play a fundamental role in the fight against pathogens.

Notably, it has been proven that their synthesis is made possible through the consumption of lipids, even if these are transported by bacteria or are produced by the thymus (an organ of the immune system that “educates” T-cells). This organ is responsible for the production of white blood cells that combat infection.

Researchers from the University of Basel (in Switzerland) were successful in proving that adipocytes (fat cells) are able to improve the production of T-Cells within the thymus. These fat cells have one thing in common: an ether linkage (oxygen atom that makes two separate single bonds with two other molecules).
.

A paper found in Nature Immunology explains this in detail through the analysis of fatty and biochemical structures contained within the thymus. The only cells capable of stimulating NKT cells are those containing an ether linkage.

It has been observed in rodents that the deficiency of an enzyme unique to peroxisomes and essential to the synthesis of lipids with an ether linkage, provoked a lack of fatty acids necessary for the optimal functioning of the immune system.

The researches noticed an important alteration in the developent of NKT cells within the thymus, but also in surrounding tissues. Finally, all did not display the totality of their features.

The final step consisted of the synthesis of these same fatty acids, and observations showed that the administration of synthetic cells aided the development of NKT cells, in the thymus as well as in the surrounding tissues….

In conclusion, given the importance of NKT cells, researchers hope to one day discover new forms of treatment to stimulate the immune system. Meanwhile, let’s not deny ourselves of fatty acids!