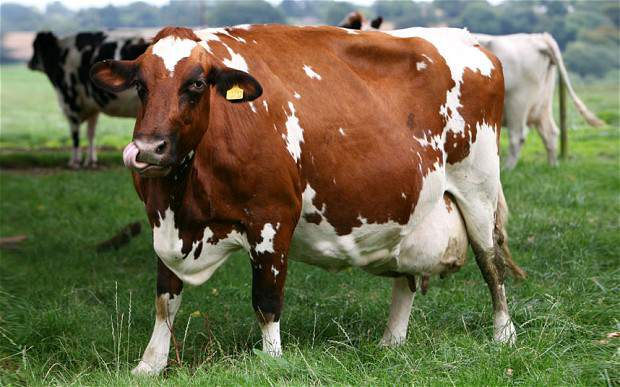 I just came across these somewhat disturbing news; cows have been genetically modified to produce milk having similar properties to human milk. Chinese scientists from the Agricultural University are at the root of this innovation. The milk seems to have the same characteristics as breast-milk, particularly the same anti-bacterial properties. In order to accomplish this, the scientists inserted human genes into the embryo of the GM cows; this method was also used to give birth to Dolly.

Apparently, according to this article, only the governments approval must be received before this milk finds itself on the shelves. This begs the question, what does this GM milk bring that regular milk does not…

Besides the milk they produce, the cows in question are more resistant to illnesses and produce a higher quality meat [sic]. The research director, Li Ning backs up his approach by raising the issue of world hunger (the question remains whether GM milk with characteristics similar to human milk will help in this case…).

As I understand it, in China, there is less reluctance than in many other countries when it comes to GM foods, which also explains the abundance of research in this domain in China.

Previous ArticleI Don’t Have Time!
Next Article The Benefits of Omega-3 on the Brain